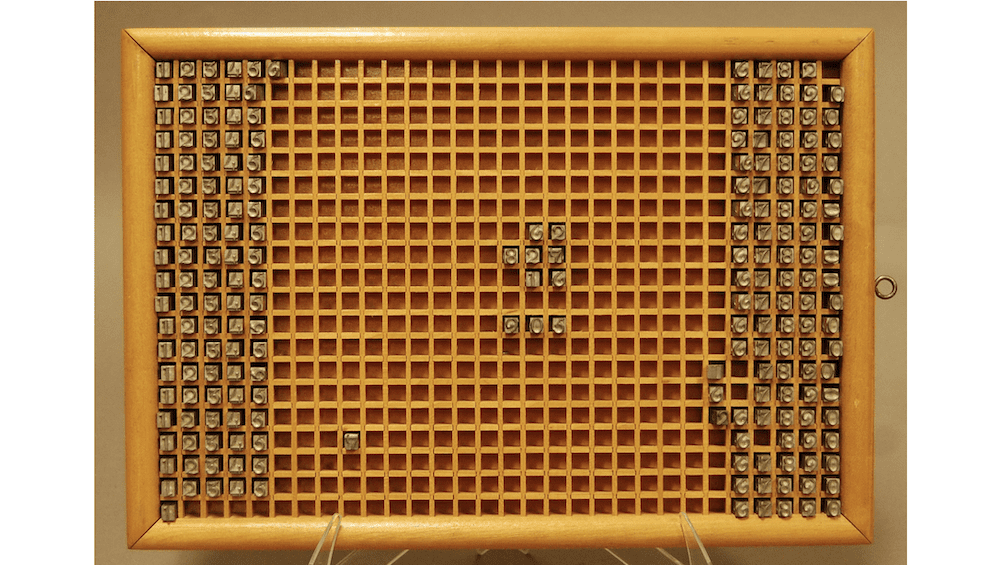 I like numbers. I think the way they dance around and make different, almost mystical combinations is cool. (Hang with me here a minute if you always struggled with math.) The way we learn basic math is interesting. First, through a lot of rote memorization, we master the answers to the simple problems, you know so that you don’t have to check your fingers and toes to know that six plus three is always nine, eight multiplied times two is sixteen, and sixty-four divided by eight is eight. Once you have the simple math memorized, then we can organize the larger problems into columns, break them down into a series of simple problems, and the hard math becomes easy. (Well, OK, that’s the way it worked for me.)

Historically, a simple tool like a pencil and a piece of paper made all this easier, because you could record all the steps of your problem and retrace them when you got in a hurry or something went wrong. Some people have always been good at doing math in their heads. Kids who were blind at the first specialized schools were taught those methods. There was this guy from Massachusetts named Warren Colburn who published his First Lessons in Intellectual Arithmetic in 1821 and introduced some mental tricks to help. APH published his book in raised letters in 1874 under the title The Mental Arithmetic of Warren Colburn.

In fact, kids at schools for the blind did a lot of stuff in their heads because for the longest time, there was no way to take notes. The first books for readers who are blind were in the aforementioned raised letters, which were embossed at great expense on heavy printing presses. There was no efficient and effective way to write with raised letters, and that wouldn’t start to change until the French system of writing with a dot code invented by Louis Braille began to be introduced in the United States in the 1860s.

APH was founded as a printing house, more accurately an embossing house, to manufacture accessible books using tactile methods. By the twentieth century, however, there was increasing pressure from the schools for the blind for APH to start manufacturing what was called tangible apparatus. Today, we call them educational aids. Our first pieces of tangible apparatus were tactile maps, kindergarten materials, and braille-writing tools. In the early 1930s, we introduced our very first STEM products, both for basic arithmetic: the Texas Slate and the Taylor Slate. The Texas Slate was not much more than a wooden grid and a tray full of metal types with raised numbers on one end. You memorized the shapes of the numbers to touch, and then you could set up a math problem in columns in just the same way a sighted kid used pencil and paper.

The Taylor Slate was more arcane. It was an old idea even in the 1930s. It was invented by an Englishman, William Taylor, who taught at the Yorkshire School for the Blind, around 1836. He called it a “Ciphering Tablet.” It had a grid of star-shaped holes, and its tray held metal types with a different symbol at each end. The symbols were solid triangles, a right angle, a pair of dots, and a solid bar. The types could be rotated in the star-shaped holes, and the trick was that the symbol meant something different depending on how it was oriented in the hole. That meant you had plenty of symbols for numbers and all the other signs you need to set up advanced math and even algebra problems.

If you love numbers, the way I do, these kinds of tools that created a more level playing field for students who were blind or visually impaired are fascinating to look back on.

For current math offerings for students, check out our Building Your Math Toolkit blog!