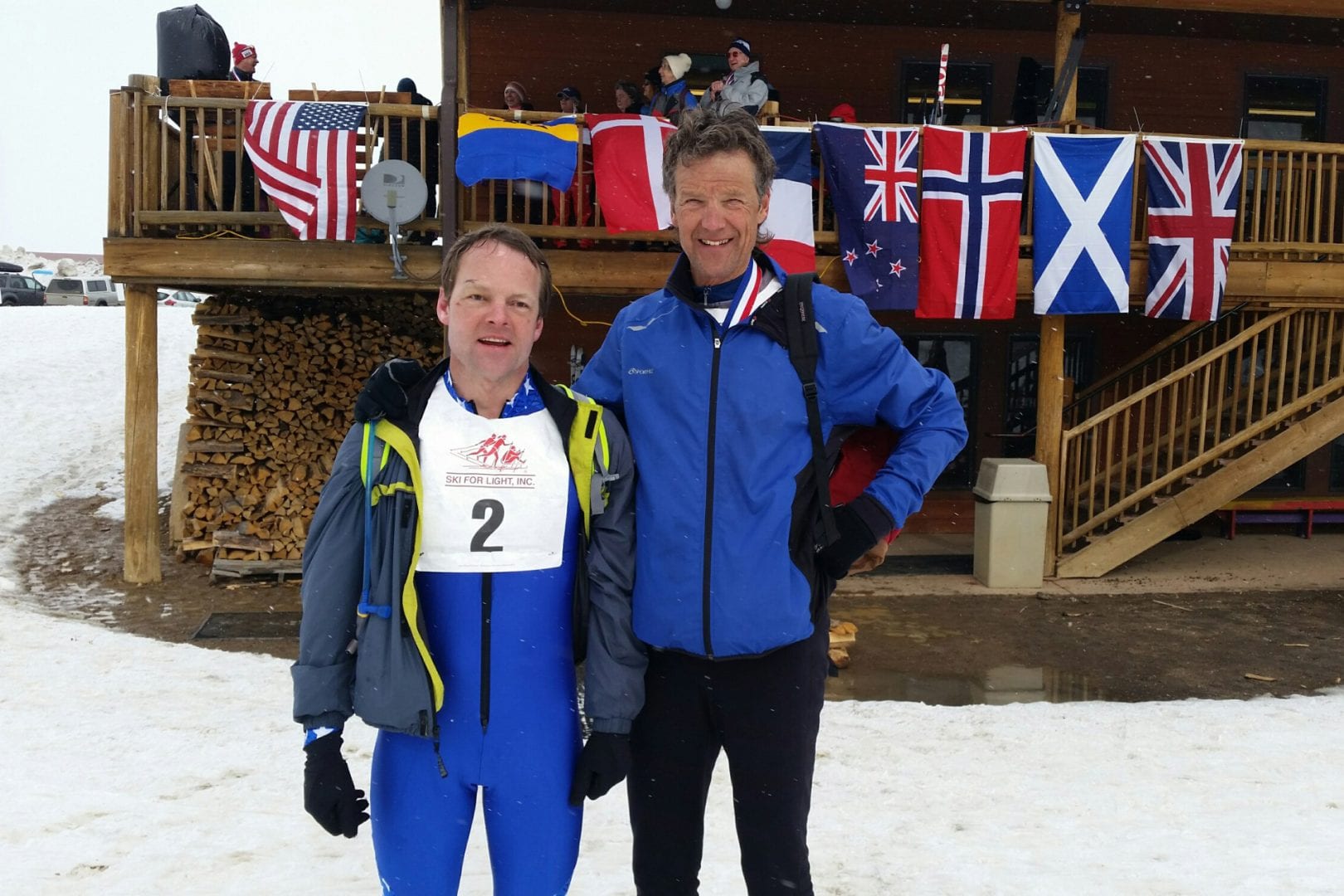 Wanting More: It’s All About Freedom

As a blind person, my immediate world consists of what I can touch, with ancillary information provided through hearing, taste and smell with a few confusing blobs of light thrown in for good measure. But the senses outside of touch aren’t precise. For instance, I know there’s a pitcher of water on the table because I hear ice clink in a glass as water is poured. But to find that pitcher I have to extend my hand out into space and grope.

I run marathons and other races and have a Saturday morning running group. I’m attached to my guide by a 20-inch tether and am guided by spoken directions and by tugs on the rope. I know there’s a curve in the road because I’m told and because I’m guided by a push or a pull. The blobs come in again as I look for what I think the landscape will be, but my minuscule amount of vision is based almost entirely on context making a driveway looks remarkably like an intersection, and cracks in the pavement look like steps.

With all that being said, I have no complaints. I have a great wife, awesome son, good job, am a decent athlete, and have a happy successful life. Still, I’ve always want more. This has nothing to do with vision, it’s just my nature.

I attended Ski for Light in 2012, a week long event where visually or mobility-impaired adults cross-country ski. I roomed by myself which proved to be a lucky thing. At various times during the week I would come back to my room and cry for no apparent reason. I would sit at my desk waiting for the moment to pass, for the feelings to subside, then run off to the next event or meal like nothing had happened. What the hell was going on with me?! Sudden teary outbursts aren’t my thing. Reasons presented themselves, but nothing seemed to fit. I was tired, sure. I was frustrated by exercises designed to improve my technique — true. But those challenges usually excite me. Could someone who has always wanted more, to go farther, be faster, be overwhelmed?

Cross country skiing had always had an incredible hold on me. The first time I skied I took to the snow as if I’d been there all my life. That’s what I expected to happen, but this time what I felt was so much more than just the physical experience I had anticipated. I finally got it — not physically, but emotionally. My world really was what I could touch. I could feel my surroundings through the tracks in the snow. And when the tracks were washed out, my body adjusted for the contours of the countryside. My body could use all its pores to grab information and make instant decisions. My world was still what was within arms’ reach, but what I could touch was going by at breakneck speeds and thus expanding my horizons every second.

I’m too competitive for my own good. If I do something, I do it to win. Competition makes me who I am and has helped me in many physically and psychologically bruising battles throughout my life. But, focusing on the immediate battle can lead to a myopic view. That week I won an age group award, and for that I am grateful, but that’s not the award that means the most to me. I finally understood the nature of the grip skiing has on my soul. It’s all about Freedom! It’s all about being in immediate control of my own destiny. It’s about discovering that ethereal “more” of feeling it all! I always want more and with skiing I got it, and that’s what the tears were all about.