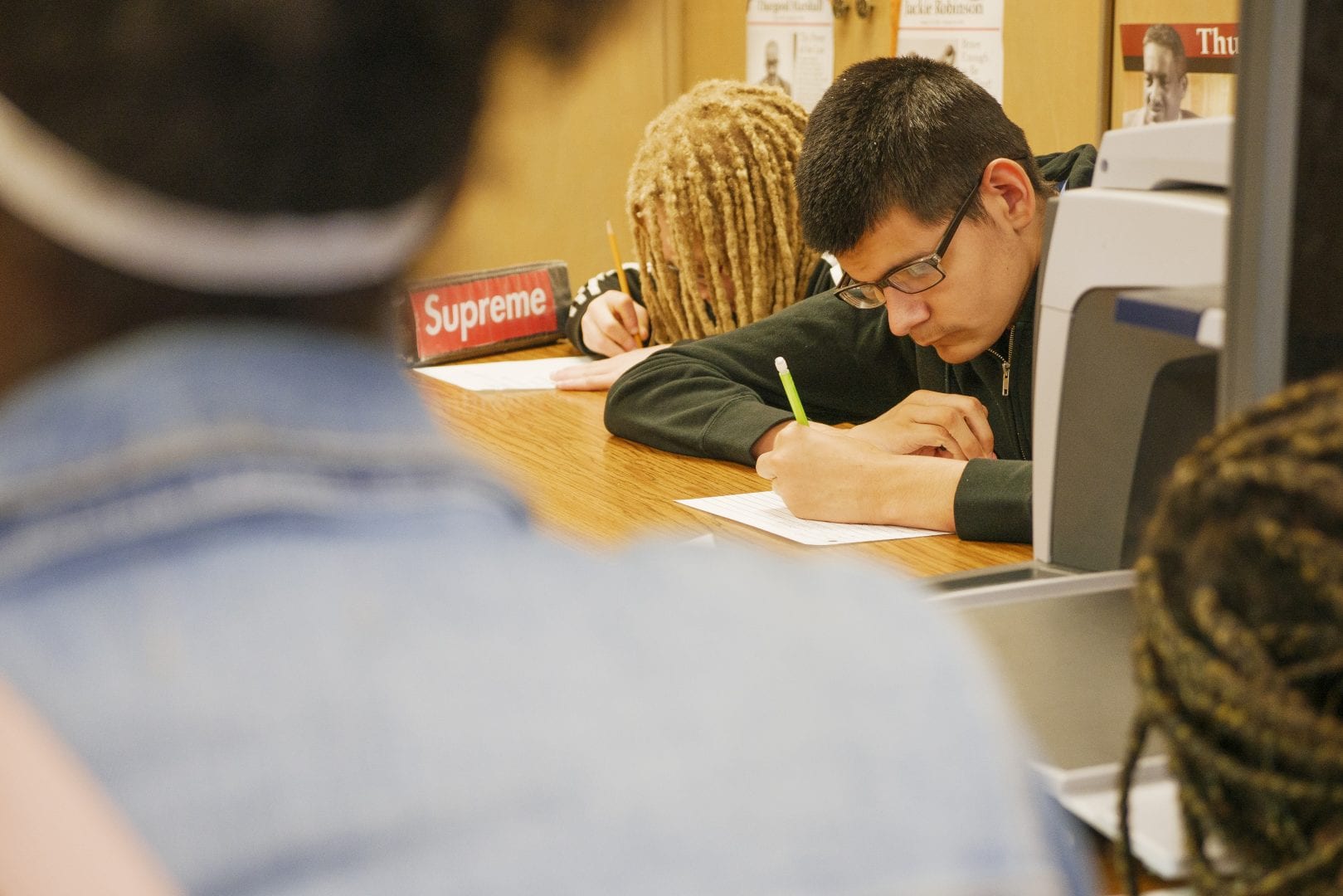 What do you think of from October to April? Is it pumpkin spice, the holidays, Cyber Monday, basketball season, and the relief of warmer spring weather? Not that we don’t love all of those things here in APH’s Accessible Tests Department, but those months are better known to us as “Test Season.” During this time, APH receives most of the requests for test adaptation for students who are blind or visually impaired. Ultimately, these requests are for fall, winter, and spring testing, though Accessible Tests is quite busy throughout the year, as requests for new tests and other edited materials appear to increase yearly.

Founded in 2002 as a response to the Federal Government’s No Child Left Behind initiative, Accessible Tests is called on yearly to edit and lend accessibility to standardized tests from several different states. When test publishers need test forms that are accessible for students who have visual impairments, they initially contact our Contract Administration Department. They receive the requested specification and provide cost and timeline details back to the publisher. These tests often range from alternate assessments to grades 3 through 12 summative assessments and even some tests for graduate students and adults in vocational or teaching programs. When the tests arrive at APH, the Accessible Tests Department reviews the materials and makes proposed edits based largely on formatting and tactile graphic guidelines released by the Braille Authority of North America (BANA). Should any test items still exhibit visual bias, the Accessible Tests Department works closely with the publisher in finding an appropriate and accessible alternative.

Making tests accessible requires a large team effort. APH’s reputation for continually meeting or exceeding the expectations of the Test Publishers has led to incredible growth. Over the past 7 years, APH’s tests business has grown to represent 10-15% of APH’s annual revenue. Additionally, with other braille production facilities having ceased operations in recent years, we are grateful that we have been able to increase our impact in providing this important service. During Test Season, it’s the “all hands on deck” approach that makes for a successful operation which results in APH meeting very tight deadlines. From the test editors, the edited tests go to our transcribers, tactile graphic artists, copyholders, proofreaders, Braillo operators, and shipping personnel who all work tirelessly to produce and deliver accessible tests to our students.

Without the contributions of 5 editors, 12 transcribers, 5 proofreading teams, Quality Control, Engineering, Cost, Production and Shipping, and Contract Administration, APH could not successfully provide these important tests. The best part? All our hard work pays off when your students’ succeed. Happy testing!

Inquire about making your tests and other materials accessible.

Why Make Your Social Posts Accessible?

Like options in many types of software programs, options for posting via social media platforms can raise accessibility issues for...

Universal Design From the Start

May 20 is Global Accessibility Awareness Day (GAAD). As a person who identifies as blind, I am an advocate for...