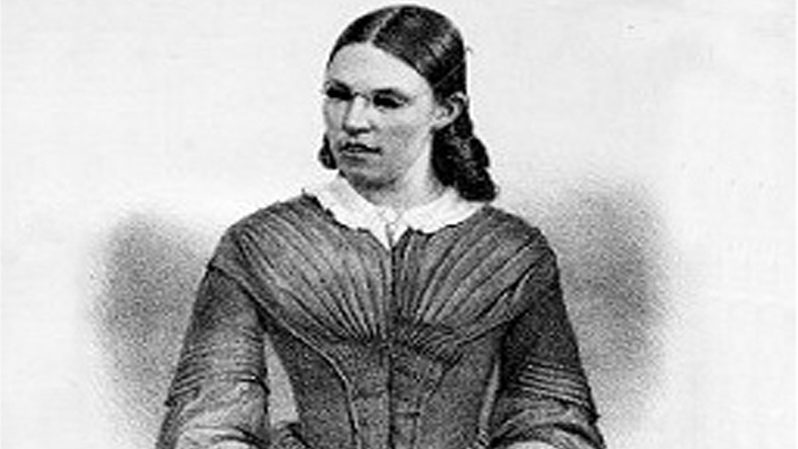 My calendar of significant 2020 dates that got overshadowed once the awful pandemic arrived, features a bold circle around the date of March 24, with the notation “200th birth anniversary of Frances Jane Crosby.” Under normal circumstances, the accomplishments of this hugely famous blind writer of hymn texts would have been celebrated widely in churches and wherever else favorite old hymns such as “Blessed Assurance” and “Rescue The Perishing” are sung. There might even have been at least an article or two focused on some practical aspects of her life. She wrote more than 8,000 hymns and gospel songs. How did she manage to get those texts into print and ready for publication? For that matter, how did she organize, edit, and keep track of all her creations without constant help from people with sight? It occurred to me that these practical everyday angles might just form the basis for an interesting Fanny Crosby tribute.

Back in my editing days, I frequently worked on pieces concerned with practical job-related issues as they were dealt with by living men and women with little or no sight. I decided to do a bit of research and apply the same approach to the unique career of Fanny Crosby. Space permitting, here is a bit of what I learned.

First and foremost, it was all done from memory. There was no practical writing system for US blind students in the 1830s and ’40s when Fanny Crosby was educated at the New York Institute for the Blind. Braille, with its wonderfully portable slate and stylus, was just beginning its painfully slow journey from far-away France.

Fanny Crosby felt that her unusual memory was a gift from God and she determined to make the most of it. Each of her 9,000 or so hymn texts, and other poems were worked out in her head, memorized, and later dictated to a secretary.

So reliable and thoroughly trained was her memory that she could keep dozens of compositions in mind and bring them out of memory for editing, all without sighted assistance. The need to memorize as she completed the lines in her mind occasionally slowed the creative process a bit. On more than one occasion she reported having individual stanzas come into her head “as quickly as she could memorize them.”

When people gushed with admiration over her phenomenal memory, Fanny insisted that everyone could develop and improve their memories if they would only use them more and stop depending on memorandum books and journals for storing their important information.  It is clear from her autobiography that she developed a phenomenal memory from early childhood by learning to “hold onto” the chapters of the Bible that were read to her by friends and relatives. By her own account, she learned to recite all or any part of the four Gospels, the first three books of the Old Testament, the complete books of Ruth, Proverbs, and Song of Solomon.

Several of Fanny’s friends in the hymn publishing business reported that she could keep several secretaries busy at the same time, dictating a different hymn text to each one. Apparently, she sometimes used the presence of a transcriber to have a final go at editing a hymn. But most of her editing was done silently in the agile word processor of her mind.

Good fortune played a large part in Fanny Crosby’s life. For instance, one of those secretaries was a 15-year-old future president named Grover Cleveland, who happened to come to work at the New York Institute where his older brother William was a senior teacher.

There were many other amazingly fortunate connections which came to Fanny’s aid in a creative career that stretched from the 1850s to 1910 when she was entering her 90’s. By that time, she was a famous personality, perhaps the most celebrated blind person on the American scene before Helen Keller.

As for how Fanny dealt with all of that fame, and happened to connect with so many influential people, well, that’s an interesting story for another time.

B. T. Kimbrough, Guest Museum Blogger. B. T. Kimbrough served as Editor of DIALOGUE Magazine from 2010 until his retirement in 2019.