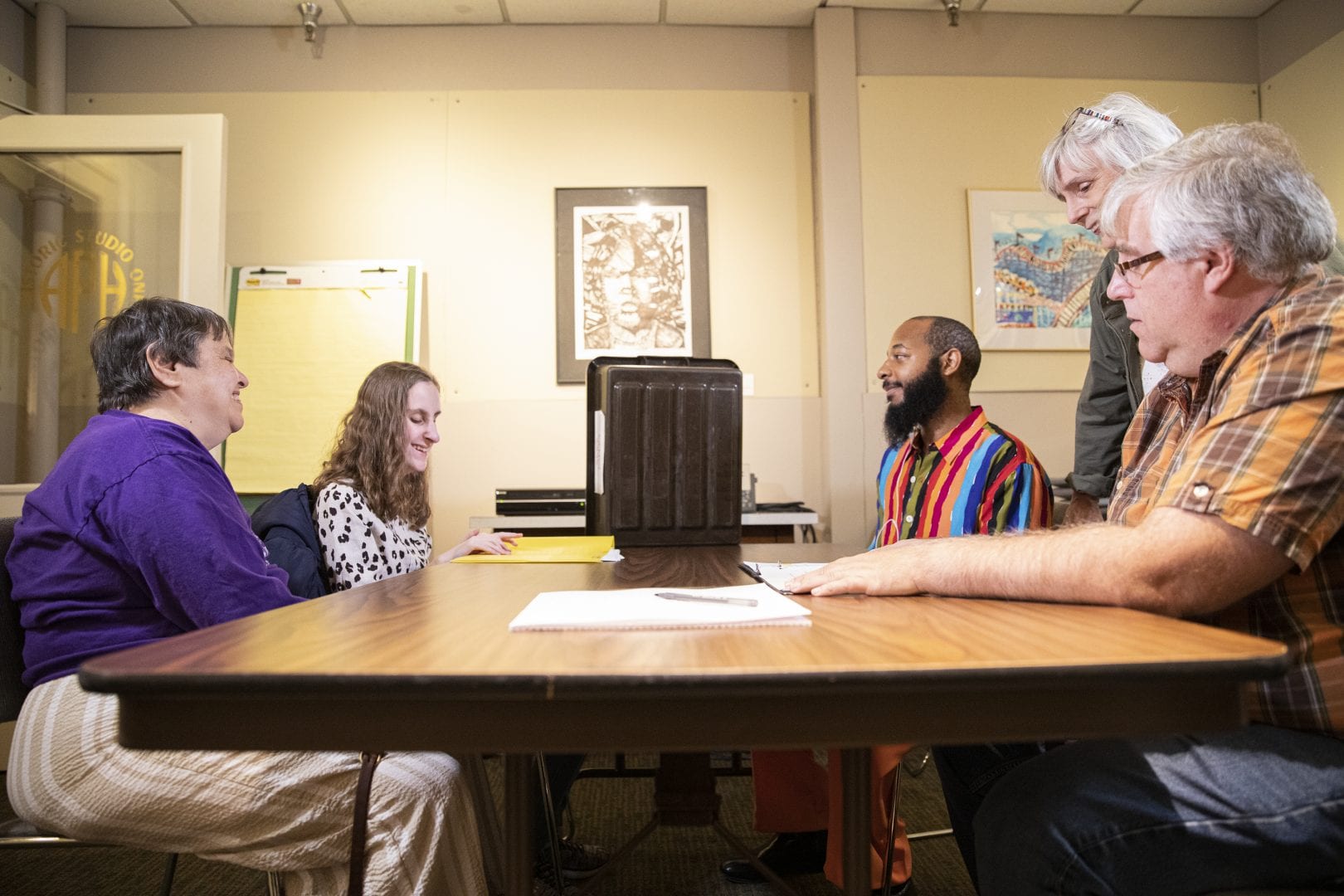 There’s a click, some static, and then you start to hear it – you’ve tuned in to your favorite evening radio program. Practical sound effects, famous guest stars, and stories of intrigue. You settle back with anticipation – what will come next?

We’re stepping back into the year 1944. It’s a time when American families gathered in the living room and huddled around their radios to get news and entertainment.

APH employee Fred Otto has written a comical, old-time play, Radio Waves. We asked Fred about what inspired him to write a play for APH.

“I am a big fan of old-time radio stories and of radio in general. I had already written several humorous scripts, mostly for my own amusement, as a way to show my love for the rhythm and language of radio stories.”

Radio Waves will be presented on stage as part of an APH Museum tribute to the 100th anniversary of radio broadcasting. The play centers on a family sitting around the living room radio. These roles will be played by actors who are blind or visually impaired.

As the family listens to “scheduled programming,” on stage actors will be the various voices of the radio. For this, we will be using talented readers from the APH Talking Book studios. These voice actors are well known for their work in media, on stage, and with NLS Talking Books. They include Barry Bernson, Alec Volz, Madelyn Buzzard, Jennifer Hubbard, and Erin Jones.

For Fred, a radio is so much more than a relic of the past.

“To me, there is a ‘soul’ quality to old radio that had a lot to do with keeping people connected during the middle of a tough century. Of course, many people who are blind have felt a particular connection through radio, talking books, and the spoken word. We can’t just live in a gooey nostalgia for that older time or idealize it, but we can still experience something that’s absent today in our media obsessed with visual imagery.”

Radio Waves will take the stage Saturday, November 16, from 1-3 pm. The play will be held at the auditorium of the Kentucky School for the Blind in Louisville, Kentucky, 1867 Frankfort Ave. As always, admission is free but reservations are required. Please call 502-899-2213 or email kcarpenter@aph.org

The playwright and APH are excited for you to see and hear this exciting new work!

“I hope they laugh, especially at the right places, and I hope they enjoy the language and rhythm of a play that’s less overt and aggressive than much of today’s media. If the play and the audience can each meet the other partway, it will work,” says Fred.

Appropriate for Elementary School students Let’s learn about our extraordinary lungs! You can simulate the action of the lungs with...

APH is always looking for ways to remove barriers to education and employment for people who are blind and visually...

Looking for a fun way for your elementary school child to practice their math skills? How about measuring angles using...