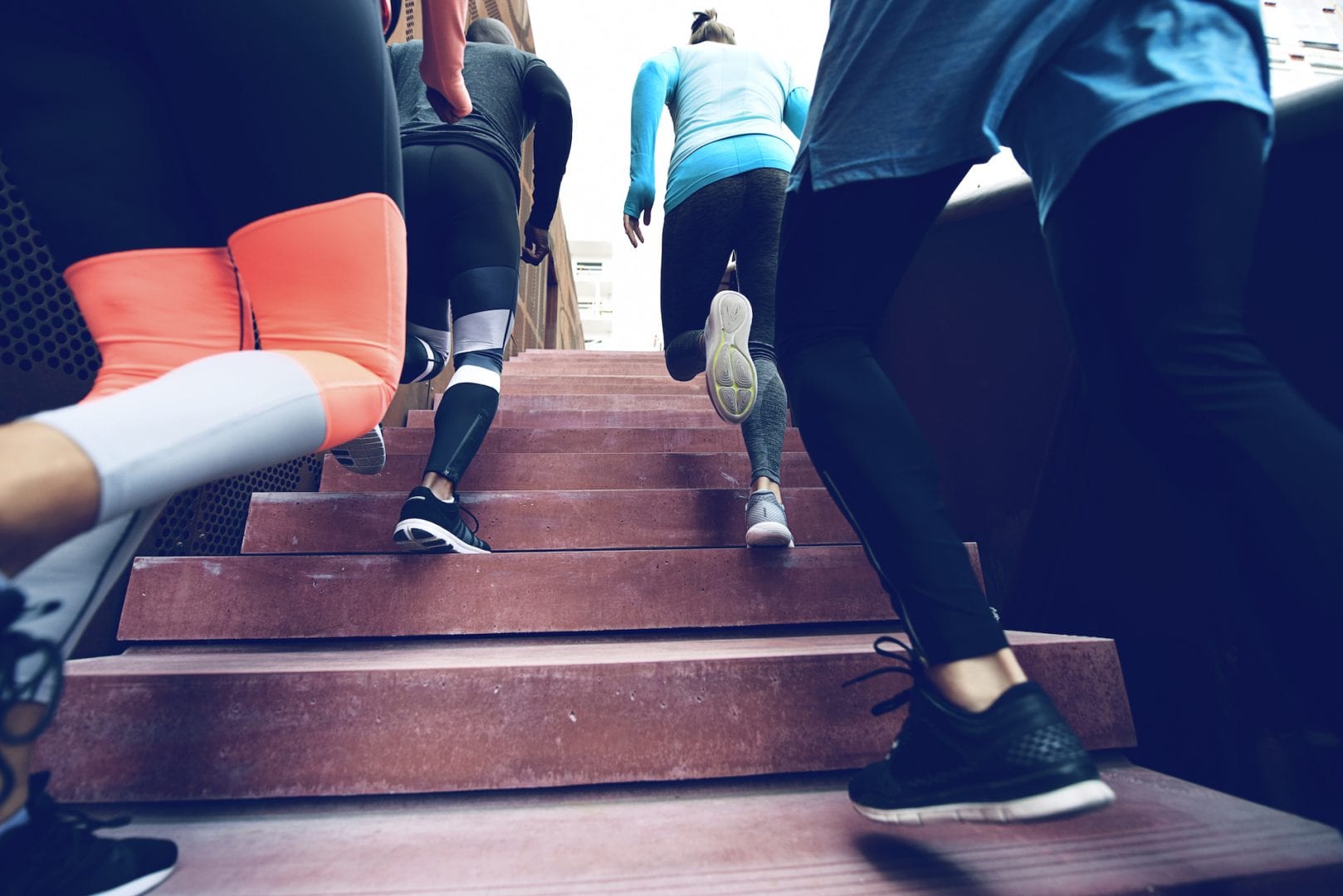 I am deaf and have Usher syndrome and am currently the director of the Deafblind Service Center in Seattle.

Carolyn, my partner, told me about a wonderful event called “The Big Climb,” which is a large fundraiser in Seattle that raises money and awareness for blood cancers. A woman associated with the event asked people who were visually impaired or deafblind to join as a team and raise money. Each team member was to run up the stairs of a tall building, 1,311 steps high (69 flights and 788 feet of elevation).

I started training the following November near my home using a long flight of stairs. I began slowly, running up the stairs four times, and then gradually increasing my speed. Then, in December, I joined a gym and began using the staircase machine. In addition, I used swimming to increase my cardiovascular endurance.

By the day of the race, we had gathered a large team of 15 people some of whom were hearing and sighted, and others who were deafblind. Each of us was timed on the ascent with a chip timer; this is a timer that is placed around your ankle to keep official track of your start and stop time. My time, at the end of the race, was 17 minutes. I felt so excited just to finish!

by Bruce Visser I was born with hearing loss and, as I grew up, slowly became deaf; as a teenager,...