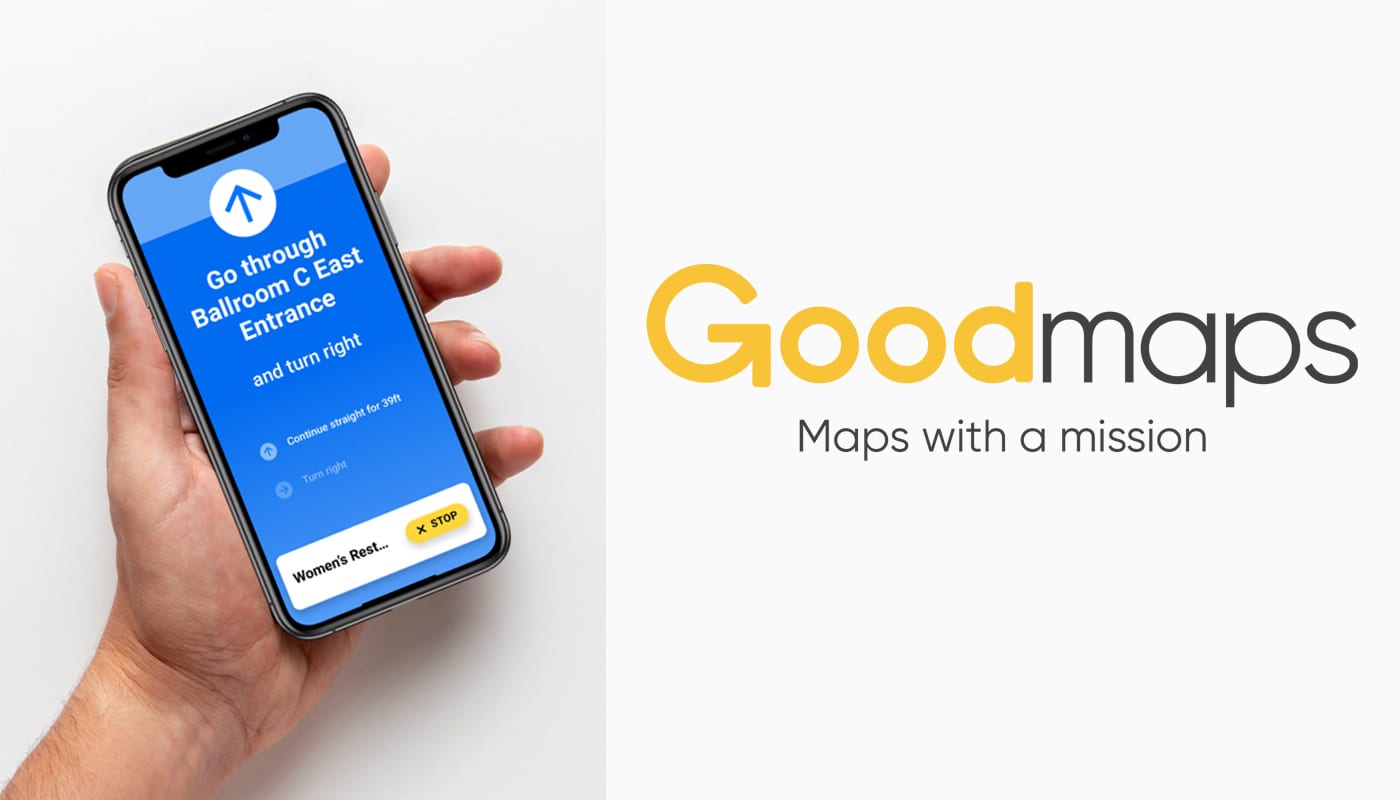 GoodMaps Has Great Plans for 2021

GoodMaps is making everyday travel more accessible. Born as a spin-off of the work APH started with Nearby Explorer, GoodMaps has been hard at work creating and implementing their state-of-the-art mapping techniques, including mobile LiDAR scanners and Camera-based Positioning System (CPS) for incredibly accurate maps. Not only has this simplified the mapping process for venues, but it also makes the free GoodMaps Explore app fast, easy, and effective for travelers. Want to learn more about what makes GoodMaps tick? Read our introduction blog, and get to know the GoodMaps advantage:

The GoodMaps Advantage promises: more accurate navigation; more simple implementation with little to no upkeep; to be more usable by providing free and intuitive apps for users; to be more secure for the venues that can control levels of information access.

Now that you’re familiar with GoodMaps, let’s talk about all the exciting plans they have for 2021!

Expanding on a previous APH initiative to make our hometown of Louisville, Kentucky an accessible city, GoodMaps is working with local venues to switch from the infrastructure-heavy beacons of the past, to their new and more accurate mapping system. Building on the great relationships APH has maintained in the community, GoodMaps is already transitioning previous legacy buildings that used the old Indoor Explorer technology to this new accessible tech.

The goal of the APH Smart Cities initiative is to continue expanding the accessibility and safety of indoor spaces in the Louisville area with the mission to bring on more buildings so we can become a fully inclusive community for people who are blind or visually impaired. So far, the following buildings have committed to this technology transition:

With many more to come!

Since our last check in, GoodMaps released a new version of their GoodMaps Explore app on both iOS and Android platforms. The new release contains improvements to indoor directions, outdoor to indoor transitions, and indoor location notifications. The full release notes can be found here: GoodMaps Explore What’s New.

Plus, they introduced a great new audio tutorial featuring GoodMaps Chief Evangelist Mike May and J.J. Meddaugh from A.T. Guys! The audio tutorial is great for users who want to learn about the Explore app, covering both indoor and outdoor use. It’s even broken into chapters, so busy travelers who want to learn about one specific feature can do so quickly. Take a listen.

Speaking of listening, want to keep up with the latest news from the GoodMaps team? Check out their latest podcasts appearances:

We can’t give you any details yet, but GoodMaps is on the move. The team is hitting the road to expand its impact across the country and beyond! Stay tuned for updates as the year goes on.

Ready to try it out? Learn more about the GoodMaps Explore app and download today!