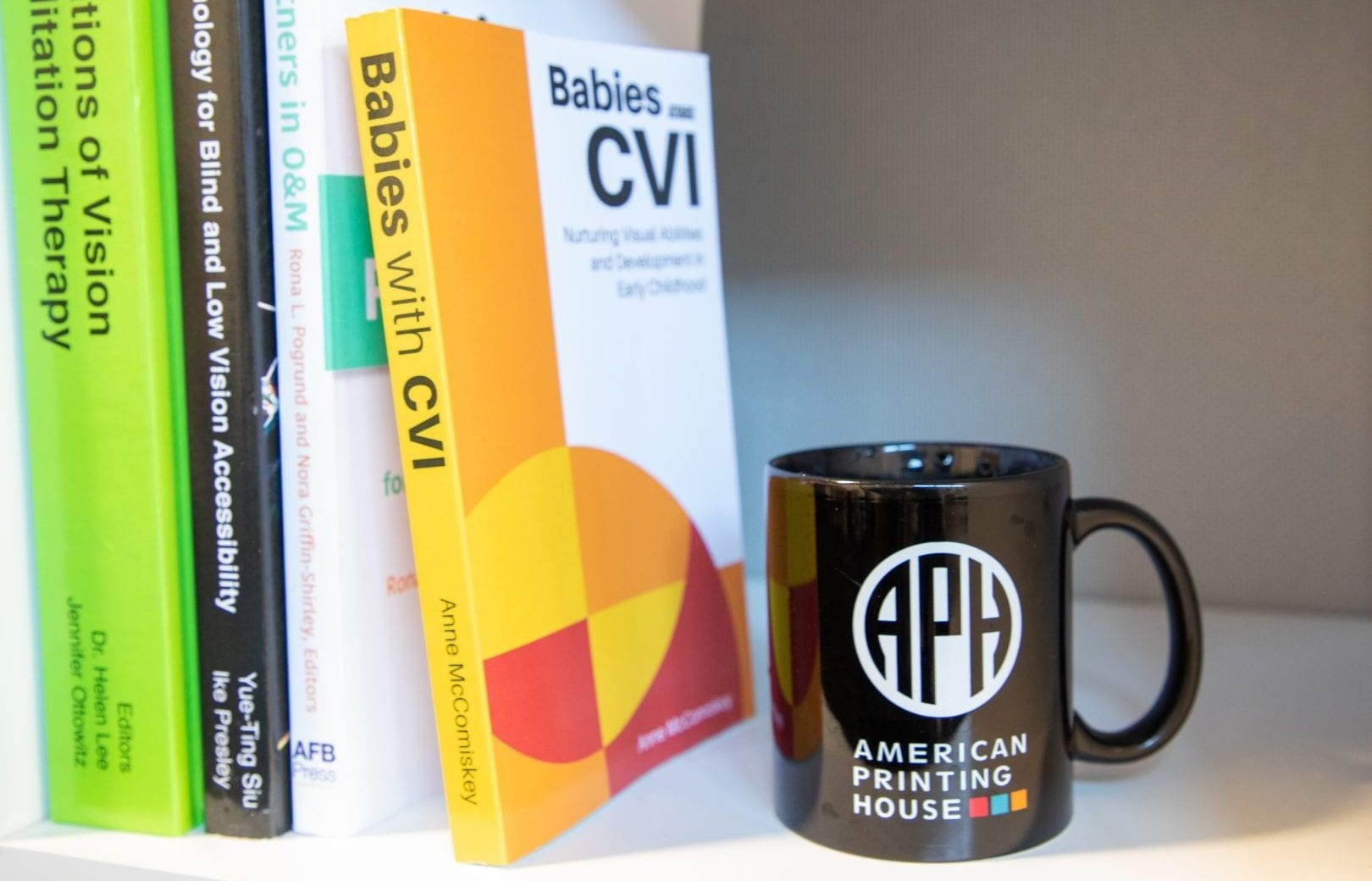 Cerebral Visual Impairment (CVI) is a neurological visual disorder caused by damage to the areas of the brain that process vision. According to the National Eye Institute, the condition is a leading cause of visual impairment among children in the United States. In her new book, Babies with CVI: Nurturing Visual Abilities and Development in Early Childhood, Anne McComiskey shares the knowledge she developed throughout her pioneering five-decade career working with children with CVI and their families.

Babies with CVI, now available, is aimed at parents and new professionals working with babies from birth to 36 months who are newly diagnosed with CVI. Some of the things that children with typical sight learn by just being, babies with CVI need parents and professionals to introduce so they can build the foundation for the next step in their development. McComiskey’s book is full of activities designed to help children with CVI develop their visual skills and to increase their learning opportunities. She also takes the reader through a history of CVI and provides other valuable resources for parents and professionals.

“Some people can just grow a garden by throwing some seeds in the dirt, and some people need to take time and focus, to use the right ingredients in the soil. Our babies need that extra time and focus. Babies with CVI is meant to answer the question, ‘What can I do to make this child flourish?’ My hope is that everything is broken down in easy-to-read segments, so parents or new professionals can say, ‘Okay, I get it,’” McComiskey explained.

McComiskey founded the Babies Early Growth Intervention Network (BEGIN) at the Center for Visually Impaired in Atlanta, Georgia in 1985. The program focused on babies from newborn to 5-years old. BEGIN was one of the first programs in the nation to provide comprehensive early intervention for children with CVI and their families. McComiskey said her work moved into that direction after she noticed that an increasing number of the babies she was seeing had neurological problems. She also realized the parents of these children weren’t getting the information or emotional support they needed to properly deal with their child’s condition.

McComiskey shared the story of a mother who was convinced that her child hated her because he froze when she spoke. She explained the concept of “stilling” to the mother, which is what children with visual impairment do when there is a sensory input they really want to drink in. That simple, straightforward explanation put the mother at ease.

McComiskey added, “The parents I worked with had no idea what visual impairment was or what CVI was. Doctors had told them the child was going to be legally blind. So, what did they hear? ‘Your baby is going to be blind.’ They didn’t think vision was a priority because there were already so many other appointments to keep. The child had physical therapy, speech and language, and then, if they were lucky, the parents were seeing a therapist for themselves.”

McComiskey was inspired to create instruments and procedures designed specifically for families dealing with CVI. One of her ideas was a checklist to help parents keep track of and document the progress their child was making. Instead of major milestones like a child rolling over, McComiskey focused on smaller, intermediate steps. That checklist evolved into the “Early Visual Development Guide,” which can be found in Babies with CVI.

“The ‘Early Visual Development Guide’ is broken down in what I think to be manageable steps. Instead of building on disappointment, the chart and the book are designed to help parents understand what they can do to help their child flourish,” McComiskey said. “The flourish is individual to the child. A lot of these babies are only going to gain just a little bit of vision, but progress is progress, and we can build on that. I have babies that I worked with early on that are in college now. I have several babies whose vision is near normal. To see what some of these kids are doing, it can make me cry from happiness.”

Order your copy of Babies with CVI: Nurturing Visual Abilities and Development in Early Childhood today. 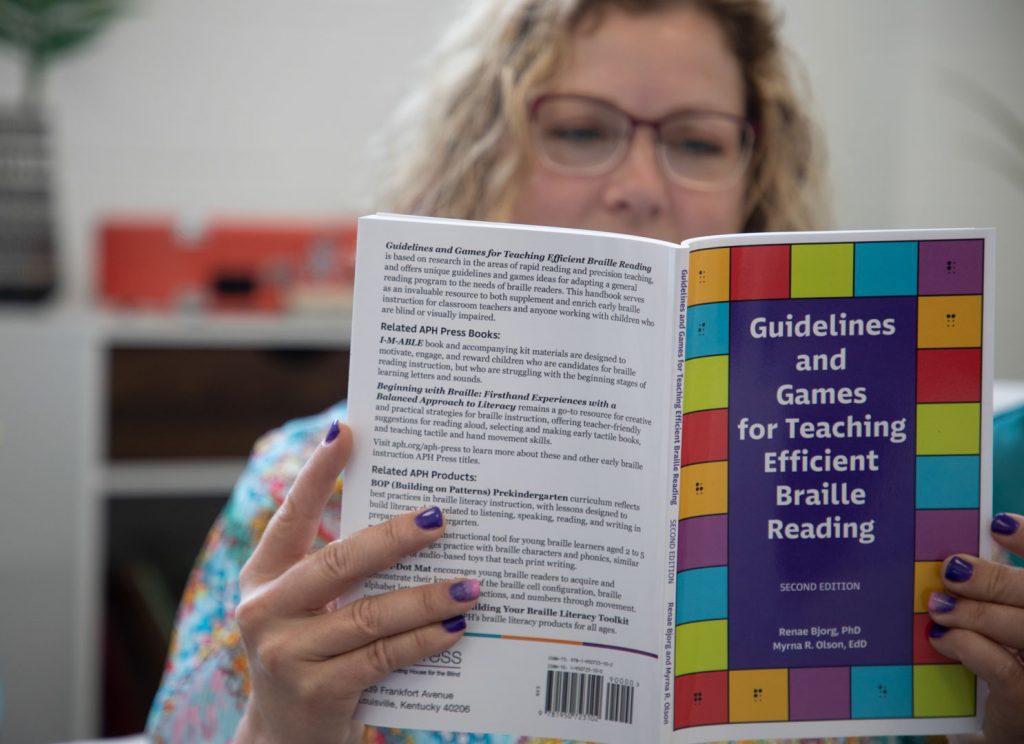 Braille literacy levels the playing field by giving students who are blind and have low vision the opportunity to read... 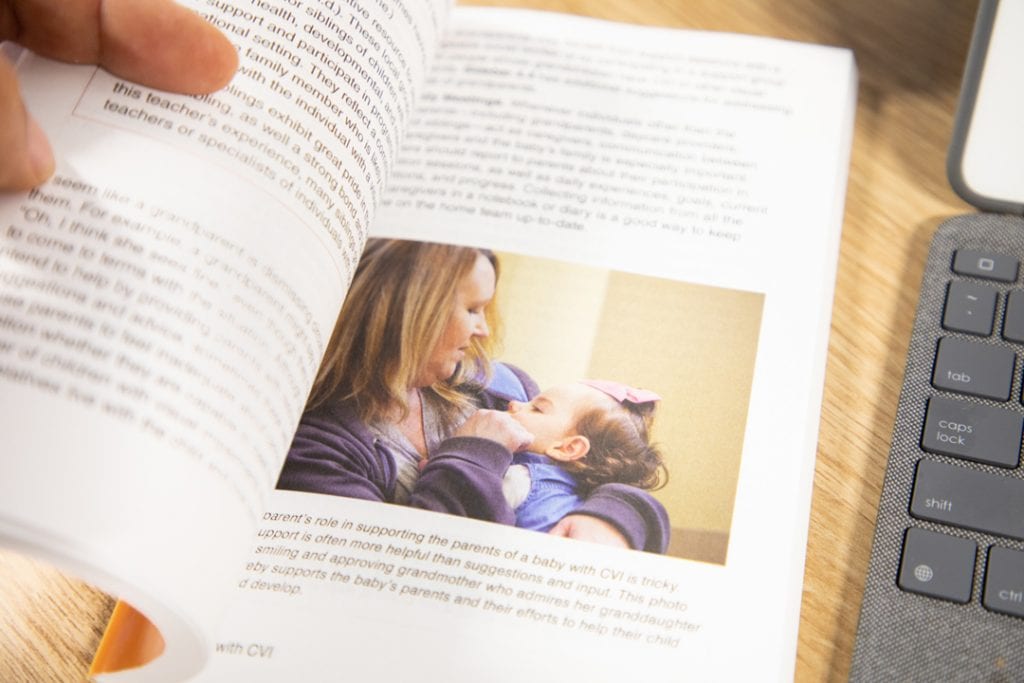 Early intervention services help children who are blind, have low vision, and who have multiple disabilities as they prepare to... 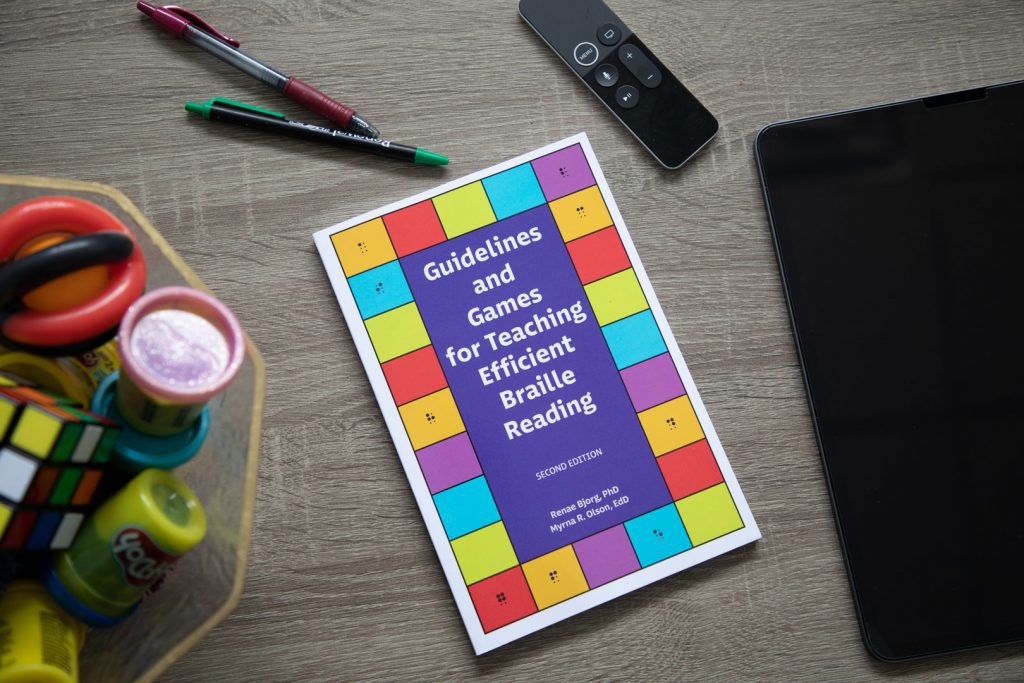 Back to School Bookshelf

APH Press offers a wide variety of books for teachers to utilize in their classrooms. Review this list of books...