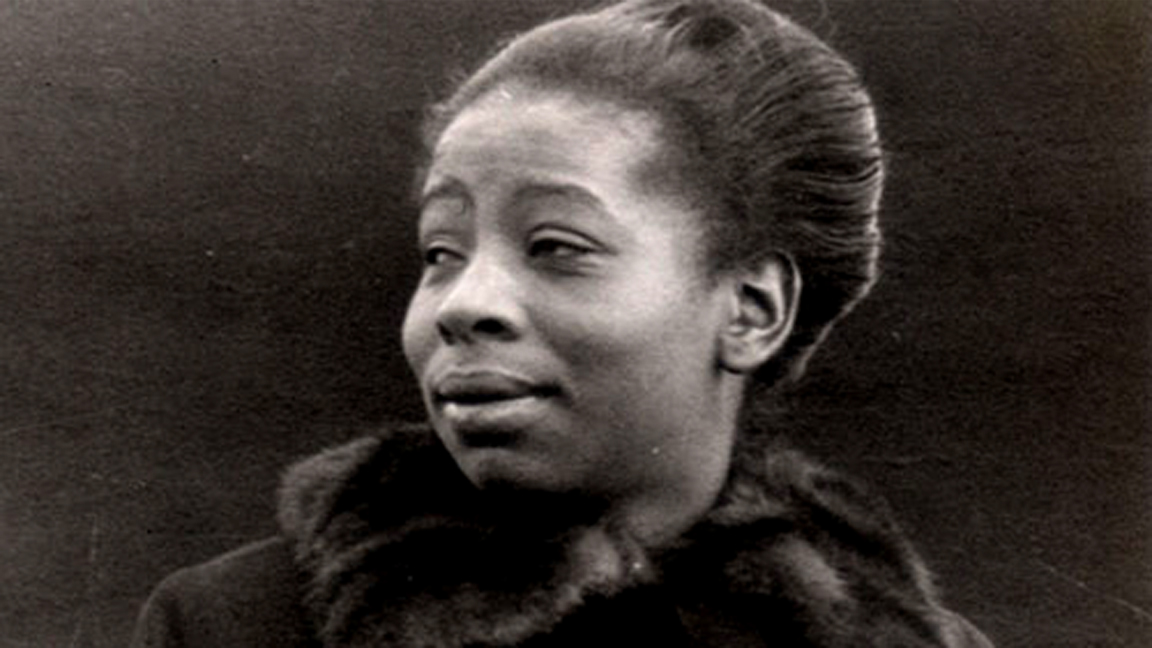 In my work cataloging the materials in the AFB Helen Keller Archive, I’ve come across  hundreds of folders with the subseries “SCHOLARSHIP RECIPIENT.” Each folder is dedicated to one individual who received a scholarship from the American Foundation for the Blind. But really, each folder was an introduction to a young person at the beginning of their adult life. Often, a portrait was attached to the first paper, a very basic questionnaire about their plans for the future. Each piece of correspondence with the student and their references, sometimes over periods of several years, was also kept in the folder. It left me wanting to learn more about the directions that these scholarships took each person. In honor of Black History Month, I researched Emerald McKenzie. I found that Emerald, a blind African-American woman who experienced considerable societal barriers in her pursuit of higher education, succeeded and went on to a meaningful, rewarding professional career.

Emerald McKenzie first applied for an AFB Scholarship in 1948. She and her family had immigrated from the Bahamas when she was two, and her father passed away when she was four. Emerald was born with cataracts and was completely blind by the age of 16. An experience as a camp counselor motivated her to become a social worker. After graduating from the New York Institute for the Education of the Blind, she was rejected by Adelphi College due to a “lack of accommodation.” Soon after she was accepted at Brooklyn College, and decided to move out and experience the dormitory life. She applied for a scholarship to Bard College.

An August 1948 memo shows that the State Department of Social Welfare was hesitant to approve Ms. McKenzie’s application because “her color will offer considerable difficulty” in placement in social work. They demanded a written statement from Evelyn C. McKay, AFB’s Director of Social Research, that Emerald would be able to find work after college. The next document in the folder shows her transcripts from her first year of Bard College studying social work. Attached was a letter from her counselor noting that Emerald decided to study “race relations,” because she felt she had been protected by her blindness from some of the problems of “the Negro race” and wanted to face them realistically and with some background.

After graduation, Emerald McKenzie contacted AFB President, Robert Barnett, with an age-old problem: she was not being accepted into graduate school without work experience, and she could not get any work experience without graduate school. After a period of employment in Social Casework at the Morningside Community Center, she was rejected by the New York School of Social Work because of her blindness. But she was accepted by New York University and received another AFB scholarship.

The folder ends there, but not the story. In March of 2021, Bard College published a brief article that detailed some of the later achievements of Emerald McKenzie. She went on to have a career working for the Jewish Guild for the Blind as a social worker. A residence house was named for her at Bard College. But, most interestingly, Bard College is planning a research project and digital exhibit on Emerald McKenzie in the very near future, so the discovery of her scholarship folder could not have been made at a better time.

Justin Gardner is the Helen Keller archivist at APH.

From the Archive: Gender Discrimination in the Creation of the Chemistry Code

When I was working with a small collection from APH’s Editorial Department, I came across correspondence from the late 1960s...

The Unsung Story of Nelle Edwards

It turns out blogging is not as easy as it appears. Not only do you need something fresh to say,...