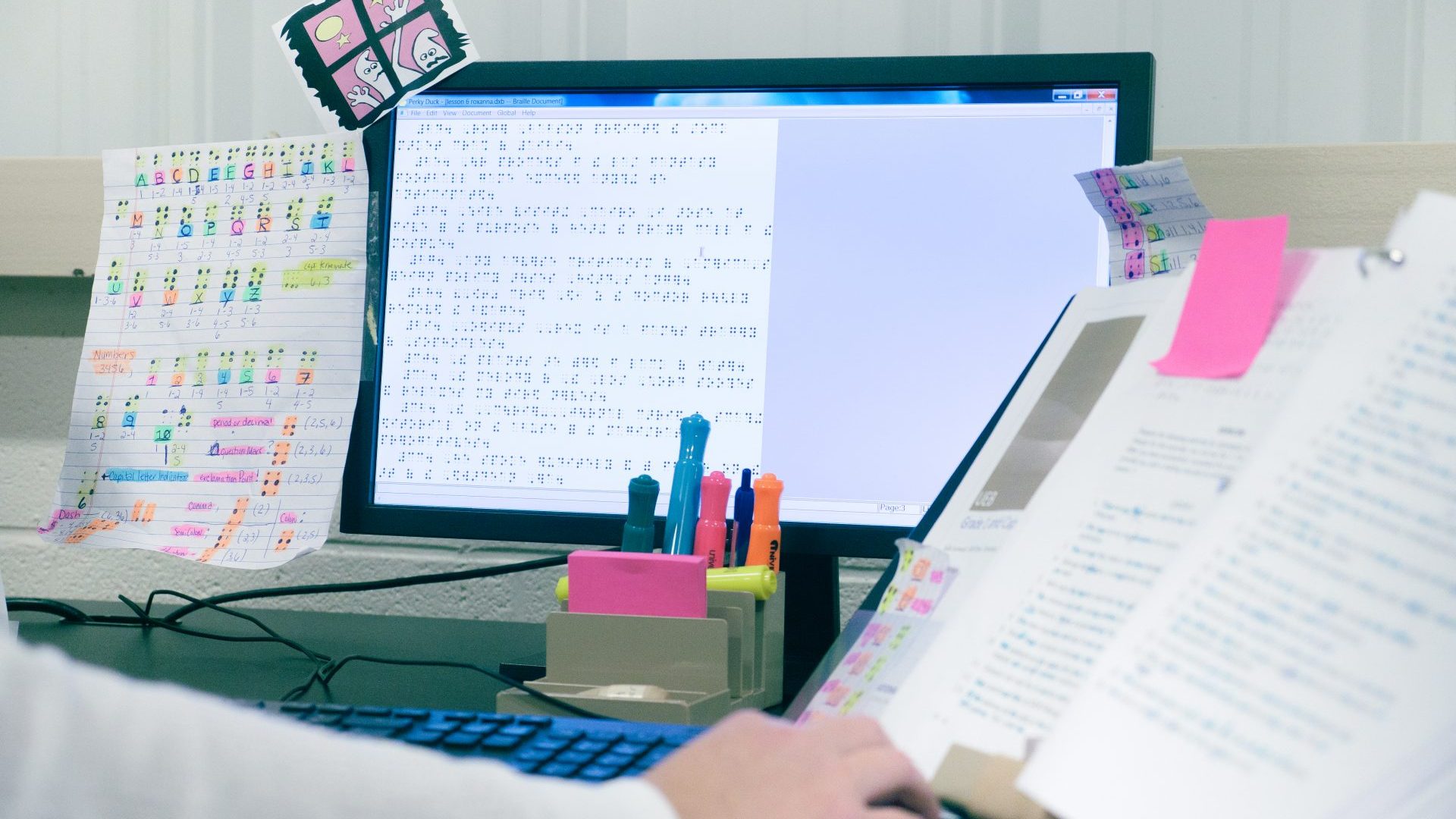 Making a Difference with the National Prison Braille Network

Did you know that many braille textbooks for students K-12 are produced in prisons across the United States? Since 2002, APH has taken a lead role in developing the National Prison Braille Network (NPBN). This group of professionals serving in the fields of vision and corrections works with prisons across the country to create quality braille textbooks for students with the goal of increasing quality of life and independence for students and transcribers alike.

Today, APH is the home of the NPBN, and we’re in negotiations to begin 2 more programs: Florida’s 1st and Louisiana’s 1st. The network serves as an informational hub for families of the incarcerated, inmates themselves, vision agencies, and corrections staff. The group meets yearly at the National Prison Braille forum held as a pre-conference event of APH’s Annual Meeting.

Phone calls, emails, and written letters from inmates come into APH regularly with questions and requests for which we provide answers, support, and guidance. Programs will ask for updated equipment, software, and embossers. Other times, they are seeking additional training opportunities, such as certification courses. Our Development team helps secure this funding. By having updated equipment, members of the prison braille program teams can work more efficiently, providing students with a larger quantity and better quality of educational materials.

Upon release, ex-offenders are encouraged to participate in APH’s Braille Transcriber Apprentice Program (BTAP). Created in 2014, BTAP helps qualified transcribers who learned braille and earned national certifications while incarcerated as they transition back into society.

Once accepted into the program, participants learn additional skills such as braille production and small business management to help them get work as braille transcribers after their release. BTAP assists with personal needs as well, including skill development in areas that long-time incarcerated persons need, such as internet navigation, cell phone usage, and maneuvering the world in general. Upon graduation, we supply the apprentices with the tools and machinery they need to start their own freelance transcription business. Alternatively, we may choose to subcontract with a participant for braille transcription services after they return to their home states, or if there are braille transcription positions open at APH, qualified BTAP participants are welcome to apply.

Many people who leave prison braille programs become a part of the network and go on to help others coming out of prison. They give braille training workshops, join and hold offices in professional organizations, such as the National Braille Association (NBA) and California Transcribers and Educators of the Blind and Visually Impaired (CTEBVI), and are even elected to boards of directors, becoming leaders in our field nationwide. These results are due in part to the collaborative efforts of people in the network embracing graduates upon release and showing them the way.

By learning braille and tactile graphic production, participants in the NPBN create much-needed educational materials for students who are blind and have low vision. Now, students are able and encouraged to go on to graduate college and become independent members of society. Similarly, our program graduates also go on to become independent citizens that have successful and lucrative careers in braille.

Thanks to a generous grant of more than $98,000 from the Jessie Ball duPont Fund, APH is excited to launch our enhanced website which includes updated, user-friendly content to help you find out more about the Prison Braille Program. It features a Network directory, a News section for info from the field, and more!

APH welcomes Maurice Brown as the new Vice President of Human Resources. Maurice brings to this role over 20 years...

APH continues to find the right people to assist in removing barriers to education and employment, ensuring the future does,...

APH Behind the Scenes: A Look At The People and Processes that Bring You Braille

APH is known for producing a plethora of braille materials for our customers. But, how exactly does a file get...