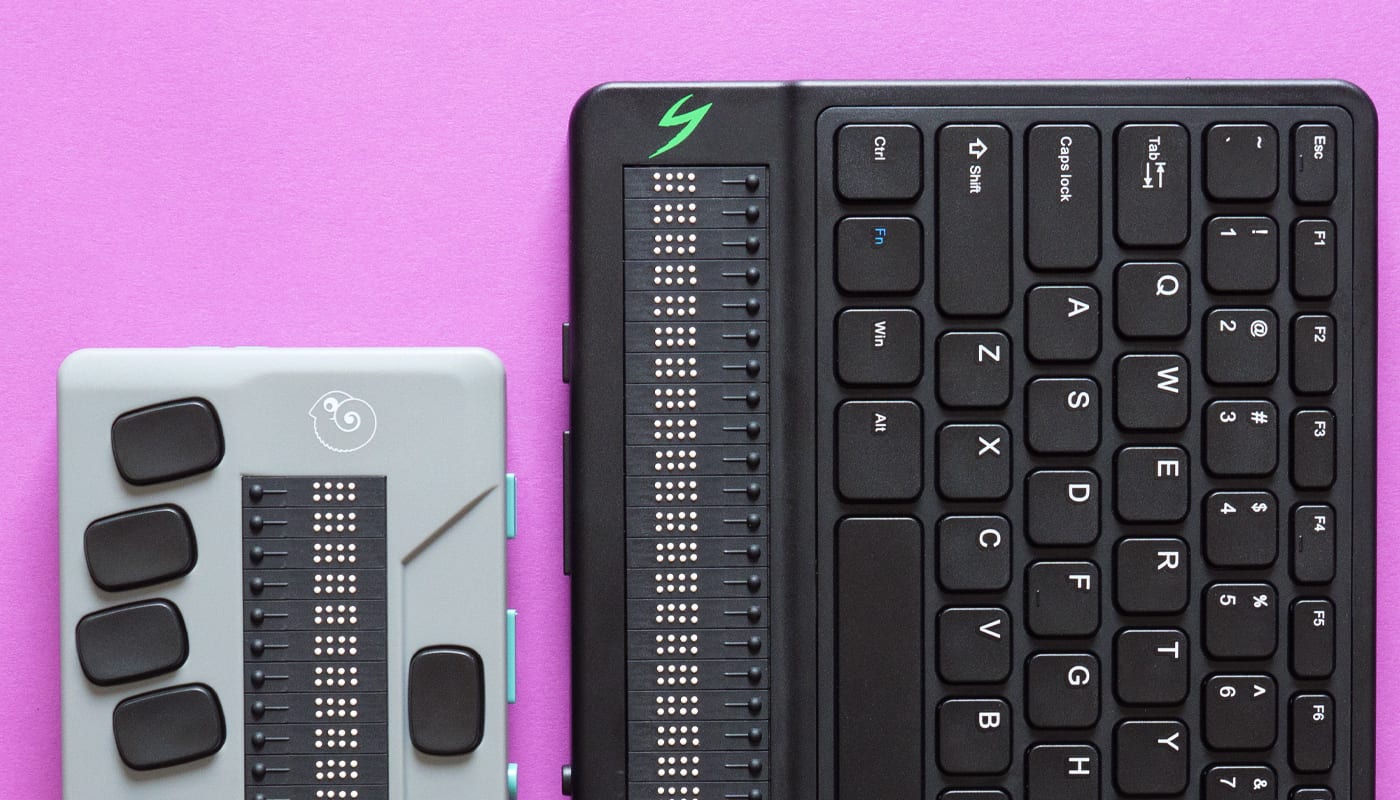 The Mantis Q40 and Chameleon 20 – two top-of-the-line “hybrid” braille displays from APH- are getting some new upgrades that will make your device better whether you’re an adult professional, a student, or a teacher supporting students with braille displays! If your device is connected to Wi-Fi, you’ll automatically be asked if you’d like to install the update. Just select OK and then follow the instructions. You can also manually check for an update through the Settings menu.

You can also update manually by downloading the update file directly from APH, putting it on a thumb drive or SD card, and then plugging that external drive into your braille display. The update will be recognized, it’ll ask if you’d like to update, and then instructions will follow from there. And just like that, you’ll be able to take advantage of all the best that your APH braille display can offer!

There are many other changes included with this update! For a full list of the current release notes, which includes previous releases, please go to our Mantis and Chameleon release notes page.