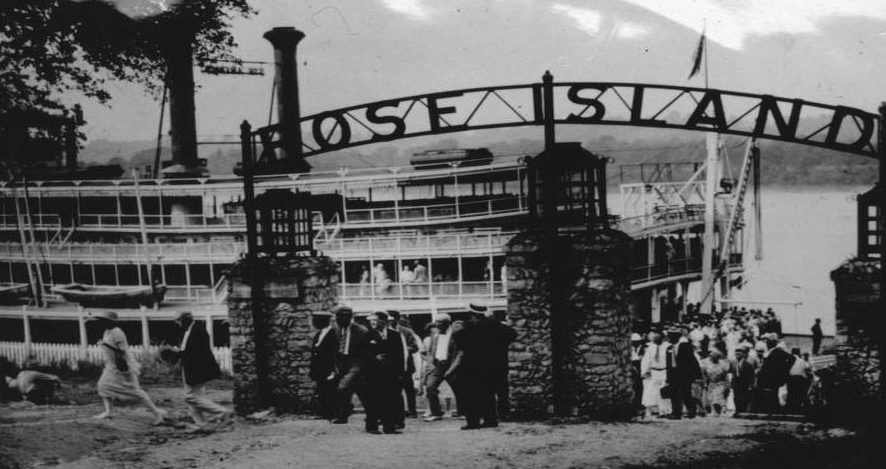 Have you ever discovered a place in your hometown that you had never heard of before?  A few months into the pandemic, I attended a virtual program that offered staycation ideas. As a Louisville native, I think that I know my city and the surrounding area fairly well, but, thanks to this program, I discovered a few nearby places that were brand new to me.

One of the places mentioned in the program was the abandoned Rose Island amusement park in Southern Indiana. Now part of Charlestown State Park, Rose Island is a peninsula situated between the Ohio River and the mouth of Fourteen Mile Creek. In 1923, Louisville businessman David Rose bought the property and turned the 118-acre site into a popular amusement park. Visitors could arrive by automobile, ferry, or even one of the regular steamboat trips offered from ports in Louisville and as far away as Madison, IN.  Visitors could come for day trips or stay in the hotel or one of the summer cottages. Over the years the amusement park expanded to include a zoo, swimming pool, roller coaster, carousel, baseball diamond, tennis courts, golf course, pony rides, and dining and dance halls. Rose Island was an incredibly popular local attraction for several years, until the 1937 flood left such extensive damage that the amusement park was abandoned entirely. 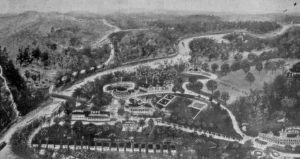 I was familiar with Louisville’s former amusement park Fontaine Ferry and the history associated with that site, but how had I never heard of Rose Island before? I was fortunate enough to discover through a timeline of events in the museum gallery that APH employees had taken a work-sponsored trip to Rose Island in 1925. This trip would have occurred when the park had just recently opened. How exciting the trip must have been for the staff! The APH Annual Report even lists the expenses the company paid in July 1925: $18.20 for tickets to the park and $46.36 for the employee picnic. Sounds like a fun outing and a great bargain! 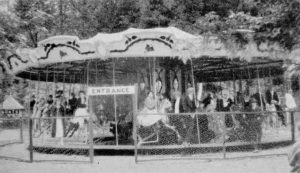 My curiosity was piqued about this abandoned site, and I had the opportunity to visit the park last year.  On a chilly fall day, we hiked down the steep incline toward the Ohio River and crossed the bridge onto Rose Island. There are interpretive panels throughout the site, illuminating the history of the park, the locations of original buildings, and what foundations remain today. Old images from newspapers and advertisements gave me a sense of the excitement and fun the visitors must have experienced during those summer months. Now the calm and reclaimed landscape directly contrasts to the noise and frivolity that APH employees must have enjoyed on their visit nearly 100 years ago. 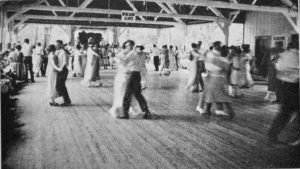 I was glad to visit Rose Island and learn about this seemingly hidden part of Louisville’s area history. And having learned about APH’s staff visit to the site, I can only hope they had as much fun as the advertisements made the park appear. Rose Island is a beautiful spot, and it is far enough out of the city to feel like you’ve gotten away but close enough to feel like you’ve discovered a gem in your own backyard. If you’re looking for a short hike this summer that’s not too far away, you may want to check out Rose Island and see the abandoned amusement park with a surprising APH connection.