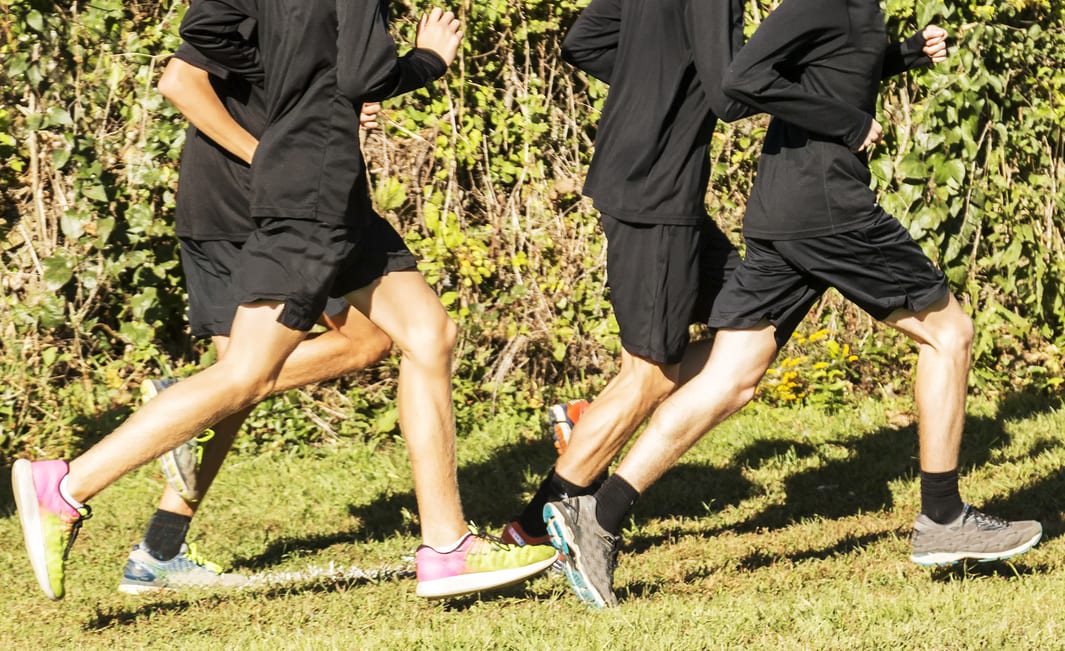 As a person who is deafblind, I have had the opportunity to live in three worlds: the hearing world of my family, the deaf world and deaf culture and also the deafblind world. My involvement in sports has brought these worlds together for me; it has taught me to communicate with those who are hearing, as well as allowed me to connect with those who are deafblind and share my interests.

I first became interested in sports in high school when I began using an intervener for my physical education class. My involvement in the class allowed the high school track coach to witness my running skills for the first time. She was so impressed that she suggested I might run in the Paralympics one day. Encouraged by her words, I soon began running with my dad and then joined the track team as a junior. Not long after that, my dad and I decided to enter the Seymour Forrest 5k race in Vancouver which would lead to my involvement with the Norwester Club, a community track and field team, and the eventual start of my running career.

It is very common for people with deafness to be uncomfortable in new situations and I faced many challenges when I first joined the Norwester Club. The first time I went into the running club, the coaches, who were all hearing, were awkward with me as they had never worked with a person who is deaf and has low vision. I explained to them that I just needed someone to run near me so I could follow that person during races. Communicating with my hearing teammates was also a challenge, as I was often left out of their conversations. To solve this problem, my teammates wrote notes back and forth for me and used gestures and body language, which I could follow as we ran. Injury was an issue as well, and sometimes I rolled my ankle on roots on the trail; even running on the road, I sometimes fell.

As I became more involved on the team, one of my goals was to go to the Deaflympics. With practice and dedication, I eventually reached this goal, competing in Rome in 2001 in the 5k and 1.5k races. Later, I competed in the Pan Am Games for the Blind at the School for the Blind in South Carolina, racing in the 5k and 1.5k races and coming in 3rd place for the 5k. I also won a medal in a competition with other runners with deafblindness, and was featured in a story in Runner’s World Magazine.

Due to injury and my work schedule, I don’t compete anymore, but I still run for enjoyment with the North Shore Athletics Club and am involved in 10k clinics.

In 2007, one of my coaches, Frank, died from cancer. He had three important roles in my life as my coach, my teacher, and my friend. I miss him a lot and think of him whenever I run.