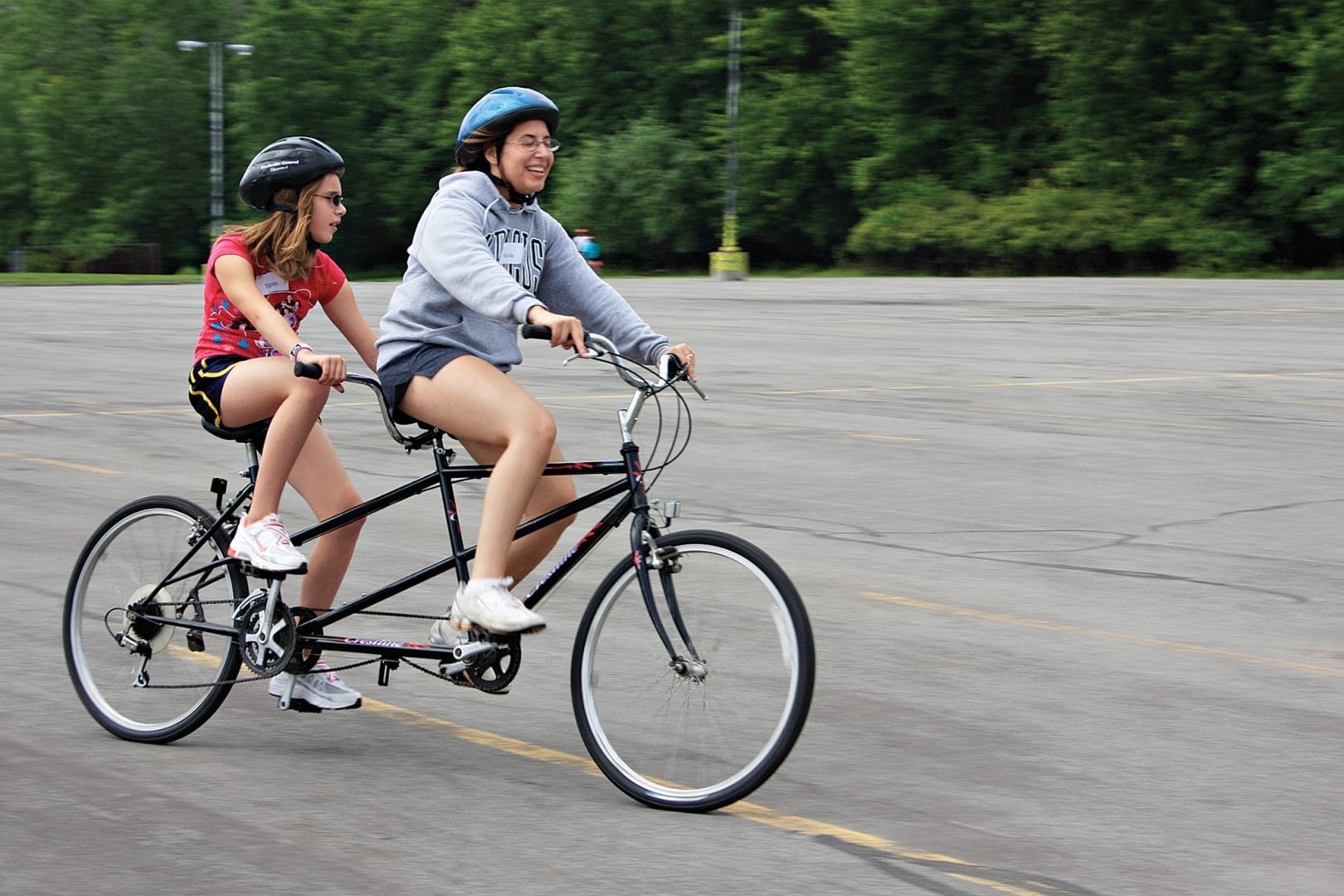 I was born deaf and as a young man became blind due to Usher syndrome. As a child, I enjoyed golfing and riding my bike, often riding to the driving range in the summer to practice golfing. When I was 19, I lost my vision and had to stop riding temporarily.

A few years later, I attended the Helen Keller National Center and learned about tandem biking; the experience inspired me to buy a tandem bike and to start riding again. At first, I only rode locally, but the more I road, the more I wanted to ride further. I took a three-day trip with my friend Cliff to Port Townsend to a deafblind camp and later a bike trip with my friend, Bob.

Bob and I rode a tandem 195 miles from Seattle, Washington to Portland, Oregon using sign language to communicate as we rode. By the end of the trip, I was proud of what Bob and I had accomplished together. My advice for others who are deafblind is to practice as much as you can and be prepared to reach your goals.